Please Come Back In 60 Seconds

Something you should know about me is that I’m wrong. A lot. Most times if I’ve predicted something then the exact opposite will happen. Unless you’re reading this from an alternate universe where Dick Gephardt won the 2004 presidential race and the Seattle Mariners won the World Series in 2010. Sometimes I’m not the one who’s wrong though, it’s the rest of the world who is.

In the summer of 2000 I went on a date and I fell in love. I met a girl at a Ram’s Horn in Michigan, and we agreed to go out. I picked her up and we went to the movies. It wasn’t the girl that I fell in love with. The date went just okay. We went to a movie. I asked her if she wanted to get a cup of coffee afterwards. She did not. I called her a few days later to see if she wanted to meet up again. She did not. Which is fine because I was already changed as a result of the date. The movie was saw was Gone in 60 Seconds. I got to learn what it means to be a brother, I was introduced to a young Angelia Jolie, I got to see fast cars, and it was all anchored by the ever bonkers Nick Cage. It was great. I don’t mean it was great in a Citizen Kane kind of way, but it did everything it was supposed to do. It was stupid silly fun and I loved every minute of it. 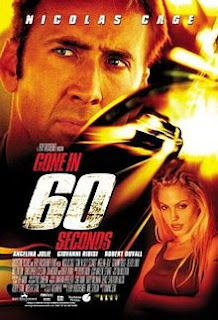 Turns out I was one of the few people who thought that way. Critics didn’t seem to see the same movie I had. According to Rotten Tomatoes 75% of critics were wrong about the movie. Some called it dull, a drag, and even clumsy. Which is fine I don’t care if critics want to out jerk themselves by pretending their too good for a fun romp with Nicolas Cage.

All that was fine until the next year when I saw a preview for a movie called The Fast and the Furious. I laughed it off like it was nothing. I thought it was just another studio’s attempt to cash in on the fast car craze spawned the previous summer by Gone in 60 Seconds. I thought nothing more of it. I was more confused when two years later 2 Fast 2 Furious came out. Why are we revisiting these characters when America is wondering what the hell happened to Memphis Raines and the crew? My confusion turned to anger when I saw the preview for The Fast and The Furious: Tokyo Drift. We’re bringing new characters into this tired franchise when Sphinx hasn’t gotten his own spinoff? How is it that these things keep on getting made when my follow up to Gone in 60 Seconds is still languishing in script phase. Unacceptable.


Now that 6 Fast 6 Furious is about to hit the theaters I’m left feeling that way again. Though I’ve had some time to give it some thought. I no longer look at this as another instance where I’m incredibly wrong. I think time has proved just how right I was. This isn’t a studio trying to make as much money as possible from a successful franchise that people love. This is just a sad group of people realizing that it takes at least 6 Fast and Furious movies to equal the greatness that Gone in Sixty Seconds achieved on it’s first try.