I got a Facebook message from a lady whose dad runs a car repair shop outside of Detroit. There was a yearbook from Anchor Bay Schools circa a long ass time ago. She was curious who it belonged to.

Luckily the previous owner left some clues. He wrote “Adam” on every single page. 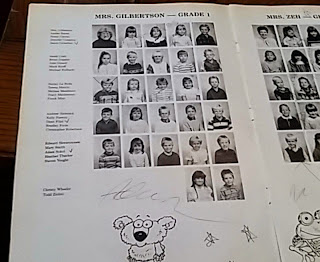 So the lady deduced it either belonged to an Adam, or maybe someone who was just a huge fan of Adams.

There were multiple Adams who attended at that time so more evidence was needed.

Then another clue. The person who originally had it was probably in first grade because the majority of the writing was focused in that area. And it probably wasn’t this unfortunate looking kid because his dumb face was crossed out.

The only remaining culprit. This handsome foulmouthed devil right here. 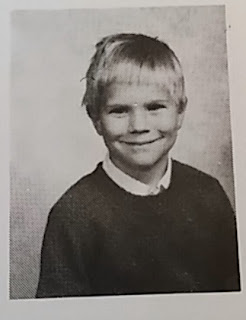